The Royal Bath & West of England Society is delighted and proud to announce that its Society Secretary, Paul John Hooper has been awarded an OBE for his services to the Agricultural Show Industry.

Having worked continuously for the Bath & West since 1977, Paul has been involved with all aspects of the organisation since he started as a 17 year old as a junior accounts clerk. 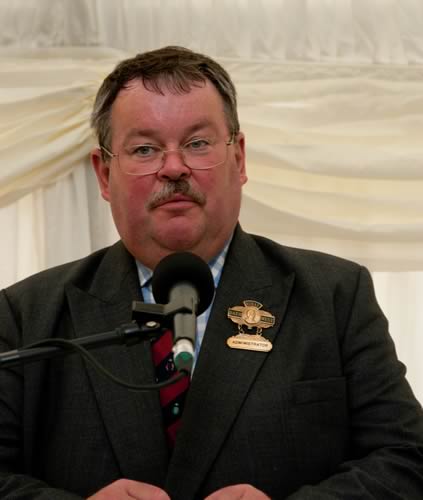 Paul commented on receiving his OBE “He is very honoured to receive such a award and that it was due in no small part to the help and support he had received from all of those that go to create Shows, ‘The Team'”.

Rupert Cox, CEO of The Royal Bath & West Society said “I am delighted that Paul’s efforts have been formally recognised. Mr Bath & West, as he is affectionately known, is a dedicated and knowledgeable colleague and the Society is very proud of all he has achieved during his long service with us”.

“This is a tremendous achievement by Paul and one that is very well deserved, reflecting as it does the many years of service that he has given both to the Society and the Association of Show & Agricultural Organisations to which he is secretary”.