We are delighted to be part of a new project celebrating two of Somerset's most-loved events.

Two of Somerset’s best-known institutions will be celebrated at Somerset Rural Life Museum this year. In April the museum will open an exhibition of photographs documenting 20 years of the Glastonbury Festival. In July it will highlight the work of the Royal Bath and West Society, the oldest agricultural society in the country, and the annual show that is synonymous with it.

‘Music, Mud, Mayhem: Photographing Glastonbury Festival’ brings together images of the iconic festival during the years from 1997 to the present day. The images have been captured by the Somerset-based photographer Jason Bryant who has chosen his personal favourites for this special exhibition marking the festival’s 50th anniversary. It runs from Saturday 4 April to Sunday 28 June, ending on the same weekend as the Glastonbury Festival itself.

Jason Bryant said: “The images capture the crowds and the spectacle as well as the generosity and positivity which are so characteristic of the festival.”

‘The Bath and West: A Celebration’ has been created in partnership with the Royal Bath and West Society. It will showcase the remarkable contribution the society has made to the development of farming and the rural economy. It will also provide an insight into the society’s wide-ranging history and the challenges it has faced over more than two centuries of existence. The exhibition runs Saturday 25 July to Saturday 7 November.

Rupert Cox from the Bath and West Society said: “We are delighted to be working with the museum to raise awareness of the important work the society does to promote a broad range of economic, social, educational and cultural improvements to rural life today.” 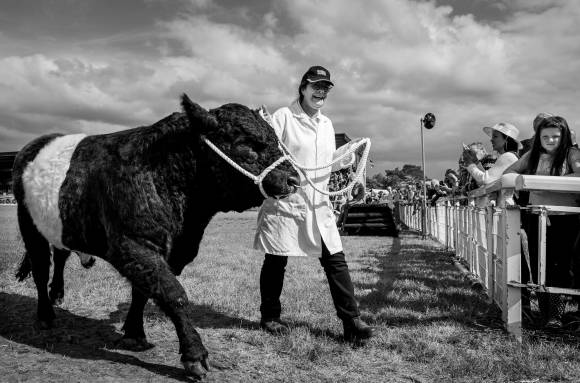 The South West Heritage Trust is a charity supported by Somerset and Devon County Councils and other generous funders.