The winner of the Prince of Wales Award 2022 was the APE Project, St Paul's Adventure Playground

The APE project (Art, Play, Environment) has secured the coveted award which includes a personally signed certificate from the Prince of Wales, a trophy and £1,000 prize money, ahead of fellow finalist Stawley Rural Community Initiative.

The APE project aims to enhance the lives of children and young people through the provision of open access play opportunities and activities. Set up in 2007, it took on the management and running of St. Pauls Adventure Playground in 2017.

The Prince of Wales Award is intended for projects that are run by the people, for the people. This year the judges (made up of representatives from The Duchy of Cornwall, The Royal Bath & West of England Society, and previous Prince of Wales Award winners) particularly welcomed applications from groups whose projects have made a difference to their communities during the pandemic; and visited both finalists to see their projects in action.

James Bardwell, Chairman of the Prince of Wales Judging Panel, said, “I wish to congratulate both the APE project and Stawley Rural Community Initiative for their marvellous projects. The Prince of Wales Award is all about community, and they both demonstrated this ethos.”

The project received its award at the opening ceremony of the Royal Bath & West Show on Thursday 2 June 2022. 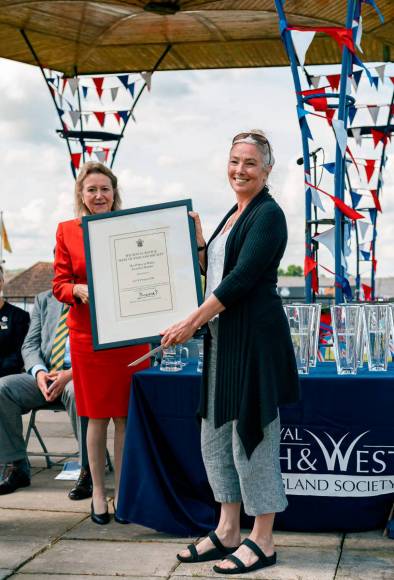