The Long Service Awards are annual Society awards which recognise the long standing hard work of those who have been in the agricultural and farming sectors for over forty years. This is a remarkable achievement and nominations can be made by Members of the Royal Bath and West of England Society.

Successful nominees will be invited to attend the Bath & West Show of that year and will receive a personal keepsake as a memento.

Twelve individuals who have devoted much of their working lives to agriculture were recognised for their efforts at the Royal Bath & West Show.

Three were agricultural workers who have worked in the sector for 40 or more years; whilst nine have served as Stewards at the Show for over 30 years. This year, as the nation celebrates the remarkable service of HM the Queen, is the first time that the service of the Show’s Stewards has been recognised in this way.

Tim Boon, Andrew Hagley & Alexander Luffman have each given over 40 years of service to agriculture, whilst Stewards Patrick Biss, Peter Vile, Bob Quantrill, Anthony Alexander, Nick Renwick, Allen Cotton, Bella Craven, Alastair Fitzgerald and Tony Sugg have each volunteered at the Royal Bath & West Show for 30 or more years. In total, the twelve have given almost 400 years’ service.

Robert Drewett, Chairman of the Royal Bath & West of England Society, said, “Like every sector agriculture has staff who come and go, but it relies on those long-standing staff who pass on their skills and knowledge from one generation to the next. We are delighted to thank these individuals for their remarkable long service, and formally to recognise our Stewards, without whom the Royal Bath & West Show could not take place.” 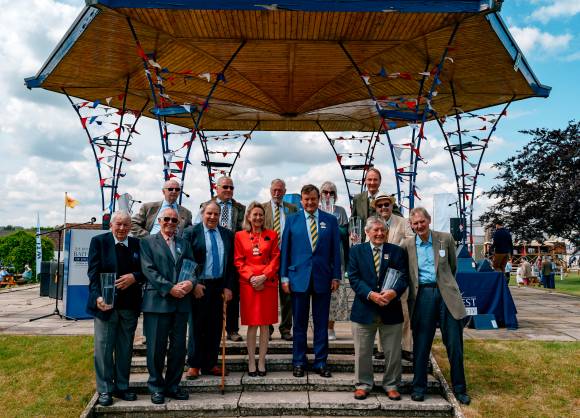